About us / Our history 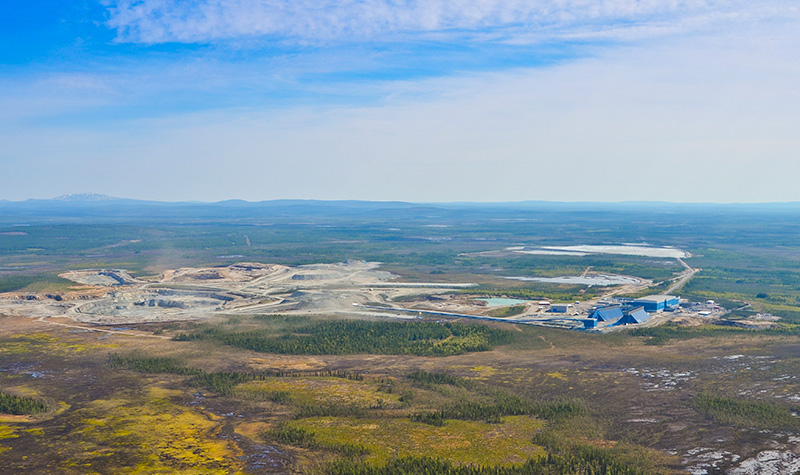 Mining and iron working took place in the Pajala region as early as the 17th century. This is a long and deeply-rooted history. For more than a century, Norrbotten has been dependent on a successful mining and steel industry. Industry has characterised our towns and communities, our culture and our landscape.

With a new operating permit, strong conviction and huge local commitment, we were able begin to write the next chapter in Pajala’s mining history in 2018. Our chapter. We were indebted to no-one, and we were convinced that we would be able to create a profitable and vibrant base industry. We shared that conviction with investors, stakeholders and partners who believed in us wholeheartedly and gave us a solid foundation. We knew we had a unique iron ore product with high iron content and considerable environmental advantages, and we knew how much would manage to produce and ship. Free of debt, with small loans and realistic production goals, we could start to build our Kaunis Iron. There were many who wondered whether it really was possible to restart the mine in Pajala. There were doubters. We showed it was possible. Daily we show that it is possible.

The price of iron ore falls heavily. In October, Northland Resources ceases production and in December, the company is declared bankrupt.

Abcede AB takes over part of the operation – the concentrator, the truck workshop and the train wagons.

On 19 February, Kaunis Holding AB buys up Abecede AB and all the remaining assets in the Northland Resources bankruptcy estate, and changes its name to Kaunis Iron AB.

A cluster of Swedish investors put up almost 600 mSEK and mining recommences in Kaunisvaara.

“We have created a completely new business model which we are working to, and have three good customers. So it looks very good,” said Anders Sundström, Chair of the Board of Kaunis Iron, to Di TV and Expressen TV on 29 May.

On 25 June, the Swedish Environmental Protection Agency petitions for Kaunis Iron’s environmental permit to be revoked.

“It is an enormous day for both Kaunis Iron and Railcare, but also for Pajala Municipality, which is booming, and all the jobs that are returning,” says engine driver Anna Helmersson to regional daily NSD in August at the première – the departure of the first ore train.

On 17 July, Kaunis Iron applies for a new operating permit for the existing operations and in addition two new mines – in Sahavaara and Palotieva.

In February, the company announces that the first year of production showed an impressive closing with net sales amounting to 1,619 mSEK and income after financial items amounting to 389 mSEK.